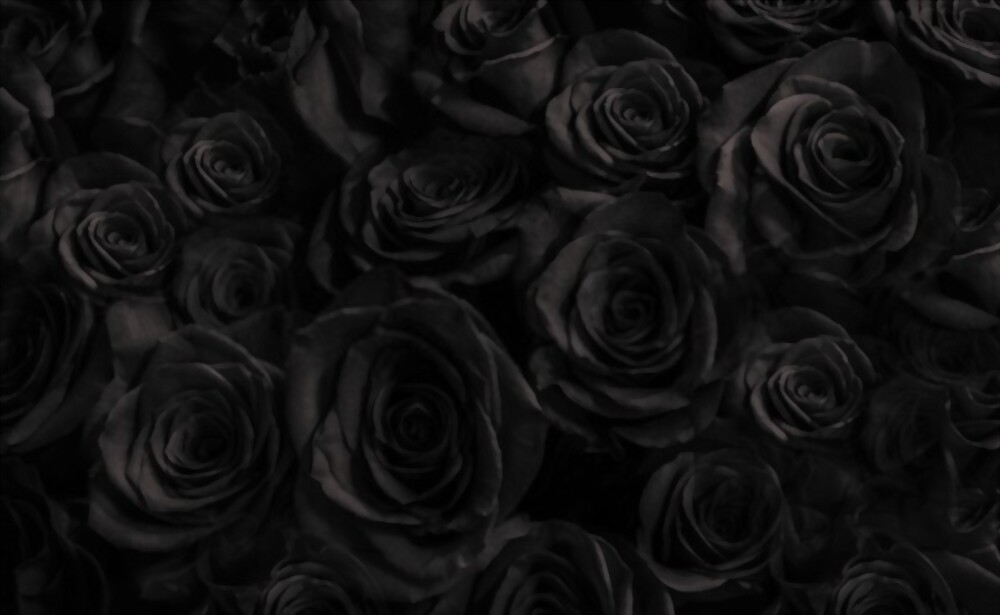 What Are Black Flowers Top 10 types of black flowers?

Black Flowers have been known to be the dark, mysterious and indescribable part of beauty. Black flowers are often used as a way to make contrasting hues pop in any flower arrangement. Grown outside in temperate climates, black flowers can also be brought indoors for winter and early spring decoration. On Halloween, people love it if you use spooky-looking black plants and houseplants with orange or reds that stand out from their dark surroundings. A great way to add drama is by using tall black vases filled with bright yellow chrysanthemums or orange zinnias against a dark backdrop behind your head table. There are many ways you can decorate your home with Black flowers.

The black Queen of night tulip (also known as a Persian tulip or Wine cup) has deep burgundy-colored petals that appear almost inky when the blooms are just starting to open. The inner part of each petal is white, and the contrasting colors lend an exotic appeal to these spring-flowering bulbs.

These plants grow best in zones 6 through 10 and can be planted in fall or early spring. When grown indoors, they should be brought outside for planting during the summer months if you live north of zone 7. They will not bloom indoors from fall through winter, but rather keep their leaves over winter like many other perennial bulbs. The plants can grow up to 2 feet tall and 6 inches wide, with an upright, single-stemmed habit.

Black Petunias: if you want a dark-colored flower for your garden in spring or summer then the black petunia is ideal. Not only are they pretty but they are also very easy to grow and will attract butterflies into your garden as well as providing a splash of color that you won’t find anywhere else. If you are looking for something really striking then look no further than the black petunia which makes for wonderful bedding plants or border plants and provides sheer delight when planted alongside dahlias.

The black hellebore, Onyx Odyssey, is one of the most unusual-looking plants around. They are perennials and have their greatest interest when in bloom as its flower is a deep blood-red but with black foliage.

It has clusters of flowers that appear dark purple at first but will eventually turn almost black before fading back to a red color. Be warned however that this plant does not like to be moved so if you want it in your garden year after year then make sure that you start off with some bulbs every year or two.

This variety of viola looks great growing against walls where the dark green lush leaves stand out well. The flowers too are a deep ashen-green with an almost black center that contrasts nicely with the lighter-colored petals. It is a great plant to grow at the back of your border where it will not be noticed for most of the summer before coming into its own when other plants begin to fade away.

Before The Storm Iris:

As you can tell from its name, this variety needs time to mature and will only flower in late spring or early summer after two years but well worth it as they are one of the darkest irises available with long thin sepals surrounding the central bloom which appear almost black and set against pale violet standards edged in purple. These too need some patience though and cannot be planted as soon as you get them home so keep them in a cool area for at least two weeks before planting.

The black magic petunia is rather new on the market but has been getting great reviews since it first appeared. They are a little smaller than some of the other black petunias, have darker foliage and even flowers too which open up to reveal deep red tones with dark-purple centers.

The best thing about these, however, is that they will flower all summer long without fail if you keep them watered. Unlike other varieties that usually only take 2 or 3 months to mature and then stop growing altogether.

If you want a shrub plant that will flower from spring right through until autumn then the Redvein Enkianthus is ideal. These plants grow to a height of 3 ½ feet and spread almost as wide. Perfect for growing in large pots or at the back of your border and they are pretty well maintenance-free too which is always a bonus.

They may not be black but they do have attractive deep purple-red foliage and small tubular flowers starting out pale green before turning red that looks beautiful against their dark background.

If you are looking for something different then why not try the blue butterfly flower – also known as Blisworth? This plant has dark-green leaves splashed with purple which stand out quite nicely against other green flowering plants like tulips or daffodils.

Its flowers will also turn very dark purple before opening up to reveal a center that is a bright orange-red, quite an unusual plant perfect for those who want something that stands apart from the crowd.

This variety of black orchid has been around since at least 1829 but despite this. It still remains one of the most popular varieties available today. As it produces large violet and blue flowers with streaks and flecks of white running through them.

They do take some time to mature (about three years) so only get started on these once you have cleared your garden plot which gives you plenty of time to weed out all the rocks and stones. Otherwise, they are not difficult to grow provided you keep them well watered.

These dark-violet blooms are so dark they appear almost black and have a very strong scent which makes them ideal for cutting. Making them perfect for decorating your home or giving as gifts.

The best part about these is that given the right conditions they will flower all summer long without fail. Great if you like to keep some plants indoors during the winter months.

This variety of black tulip has been around since 1559 when it was first introduced by Carolus Clusius in Holland who gave it the name “Atropurpurea” which means dark purple. It is still commonly seen today across Europe. Though its original color can vary from brownish to purplish with many varieties appearing lighter than others. Though some of the darker ones can appear almost black in bright sunlight.

This plant is very popular in South East Asia where it is grown mainly for its edible roots but is also used to make dyes and traditional medicine. It grows well in both conditions like sandy and clay soils. Which makes them a good choice for those with less than ideal soil conditions. Making them an excellent addition to any garden no matter the size or shape you have. They produce sepals that are deep purple on top and vibrant yellow underneath which set against large green cornflowers giving them a stunning appearance.

If you prefer plants that grow upright then you will love this type of caladium. They grow to a height of 2 ½ feet tall and are just as wide so make a bold statement even in smaller spaces. They can also be grown indoors and will flower throughout the summer. Growing up to two leaves every 3 months makes them part of one of the more unusual varieties out there.

This plant is native to Cuba and South America where it grows at high altitudes (up to 5300 ft). But it does not do well when exposed to freezing temperatures or humid conditions. This means that if you want to grow it then you should limit its exposure to both heat and humidity. It produces large red, yellow, or pink tubular flowers that resemble those seen on other members of the amaryllis family.

Weighing in at 6 feet tall and 3 ½ feet wide, this plant is an impressive sight to behold. They also produce masses of flowers throughout the year which makes them a great choice. For those with shady areas in their garden where other plants refuse to grow. The flowers are deep violet-colored with orange stamens giving off an incredibly sweet scent that attracts bees from miles around. So make sure you have room if you want to be able to see them all.

This variety can reach up to six feet tall but can easily be kept under control by pinching out the growing tips. Once it has reached the desired height. It produces light purple flowers that smell nice but true aficionados will tell you that the darker it gets. The more fragrant and sweet they become. It prefers full sun to partial shade and requires regular watering. So it is a good idea to water deeply once a week – especially when young.

Native to California, this plant is famous for its aroma which is said to be reminiscent of balsam pine resin. It has long been used by Native Americans for making incense but can also be made into candles. The leaves are dark purple with silver speckles on top while underneath they are white with pink flowers that appear in July. Through August which makes them an ideal choice if you want something that blooms in time for autumn.

Are there any natural black flowers?

There are many ways to make natural black flowers. Some parts of plants and trees can be used as natural black flowers. They are the following: bark, petals, sepals, leaves, roots, and bulbs. Even different tree varieties will have a slight hint of brown or other colors. Then green will change the overall look of your backyard garden or indoor pot plant.

What are black flowers called??

It will help you to know what the black flowers are called. Black is a color while flowers mean any flowering part of any plant-like petals, sepals. Or entire flower clusters that blossom during different seasons. Here I am starting with some examples:

Bonsai Tree; Succulent; Brown Flower (Kalanchoe thyrsiflora):- This is an exotic-looking succulent shrub from the African continent. It has dark green leaves and red-colored bell-shaped flowers which bloom only after the rainy season starts in its origin place, South Africa. The plants have become popular over decades and now many people grow them. As indoor pot plants or outdoor landscape plants in their countries. Including India due to their easy growth.